Menstruation which is also known as period or monthly is the natural discharge of blood and mucosal tissue among females. To avoid problems during special events many women delay their period or shorten it using medications and natural remedies.

You may have experienced those problematic days when you were forced to cancel your plans due to period. You may want to how you can stop or shorten your period naturally so you don’t have to cancel your events due to menstrual bleeding.

One of the natural ways to reduce your menstruation duration without any side effects is increasing the intake of Vitamin C.

This helps to reduce progesterone level which breaks down the uterine lining with ultimately reducing the duration of period.

Many people use Vitamin C supplements but they should make sure not to overuse it because it will cause some side effects such as insomnia, diarrhea & stomach problems.

Do you know physically healthy people will have a more predicted, faster and shorter menstruation? So one of the methods to shorten or end your period early is doing exercise and maintaining your health.

Greens beans such as Spinach, Kale & Brocolli are believed to be effective in shortening the duration of period naturally.

There are many other methods to delay periods such as:

Nonsteroidal anti-inflammatory drugs (NSAIDs) are also found effective in reducing menstruation because it increases the production of natural substance in our body which is called prostaglandins.

Prostaglandin is a hormone like substance which helps in uterine muscle contractions. NSAIDs which can be helpful for reducing period duration include aspirin, naproxen, and ibuprofen.

Do you know oral birth control pills can shorten your period and decrease the cramping during the menstruation. But it is a not a rapid solution to shorten the period rather it occurs to those who use oral birth pills for a long period.

But according to American Cancer Society, using birth control pills for long-term can increase risk of certain types of cancer.

Combined control birth pills which contain estrogen and progestogen are also used to control and shorten the menstruation. The 28 day pill will contain 21 pills and 7 day break with placebo pills during which women menstruates. When required to delay the period the women can take extended cycle of pills.

Women that have irregular cycles are more concerned about shortening their people because they face the decision to change schedule and plans suddenly due to sudden period cycle. While other women can predict the start & end of their period by observing the previous pattern.

Most of the methods not work immediately hence you need to plan the ending of the menstruation earlier before an event. 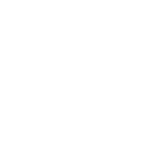